Water, an essential component to life on Earth, continuously circulates through one of the planet's most powerful systems: the water cycle. Water flows endlessly between the ocean, atmosphere, and land, frequently changing forms as it moves between these domains.

Furthermore, the water on Earth is a finite, fixed quantity. This means that the amount of water in, on, and above our planet doesn't increase or decrease. 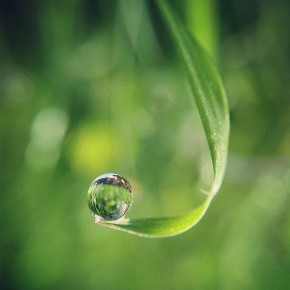 NASA studies the water cycle with a variety of techniques. Researchers studying the water cycle use satellites, airborne campaigns, and ground-based measurements to collect data and learn more about how water circulates through our planet's various systems. This data is used in many real world applications to answer vital questions essential to our survival on this amazing “water planet.” The contributions from GLOBE scientists, teachers, and students are important elements supporting this effort, and directly help us become better stewards for the water in our environment.

Which GLOBE Protocols are included in the Water Cycle Bundle?

Precipitation is a vital component of how water moves through Earth’s water cycle, connecting the ocean, land, and atmosphere. Knowing where and how much it rains, as well as the makeup of the precipitation, allows scientists to better understand how that precipitation affects rivers, surface runoff, and groundwater. When these measurements are conducted frequently with great detail, scientists can construct models of and determine changes to the Earth’s water cycle.

Scientific models of the water cycle help describe how water:

When this water falls back to Earth on land, it collects in rivers, lakes, soil, and porous rock layers, with much of it flowing back into the oceans. Throughout this drainage process, there are many chances for the water to reevaporate back into the atmosphere where it will begin the cycle once more. This cycling of water in and out of the atmosphere significantly influences many other aspects of life on Earth and is a direct driver of our regional weather patterns.

Air quality and physical characteristics of soil affect the diversity of bryophytes in the rainforest.

Air quality and physical characteristics of sediments are different. The affects of bryophytes diversity in the rainforests of the Southern Universal Botanical Garden are different.

The study of air quality and sail on bryophyte diversity in the rainforest. It was found that the factors affecting the diversity of bryophytes in the rainforests of the Southern Botanical Garden (Thung Khai) were soil of sed temperature moisture pH and relative humidity in the air. For 6 types of bryophytes were found in the areas found in the rainforest. Five species of bryophytes and one species of liverworts were found, mainly on trunks, two species found on logs, branches, rocks and tree stumps, respectively. Affecting the growth and reproduction of bryophytes, which are microscopic plants that are very valuable. Although Thailand still does not see the value and benefits of this group of plants much. But for foreign researchers are keeping an eye on the resources in Thailand. This study is therefore another knowledge that can be developed to bring the benefits of small plants from the forest to further use.

Learn more about this case study

This research project looks at the relationship between land cover, permafrost and soil in the subarctic region of Fairbanks, Alaska. Permafrost acts as barrier holding water near the surface, creating poorly drained marshes with thick moss layers that act as insulation. In 1908 a section of black spruce forest -near the UAF campus -was clear cut for agriculture purposes transforming the land cover from black spruce to birch trees, ultimately increasing permafrost thaw. The thawing of permafrost in this area created huge mounds in the forest known as the “bicycle bumps.” How does the loss of permafrost affect soil moisture and soil temperature? Transect soil moisture samples were taken on October 31, 2021 at the permafrost location and November 1, 2021 at the thermokarst location. Snow depth, snow surface temperature, and soil temperatures 5cm and 10cm were also taken at both locations. The results showed a connection between land cover and snow depth, further gravimetric soil samples are needed for measurable soil moisture data. Going forward, addition gravimetric soil samples should be taken during summer months, with no snow cover. Additional tests on leaf litter and snow pack comparison for thermokarst and permafrost sites would be useful.

How has the clearing of black spruce affected the active layer in the thermokarst location?
Does the an increased active layer(layer above permafrost that freezes and thaws each year) have an affect on soils moisture content and temperature? Increased land clearing could lead to further permafrost degradation and a water active layer above the permafrost, possibly causing declining snowpack.

The results from the gravimetric soil moisture procedure in figure 7 show a significant increase in soil moisture content. This coincides with my hypothesis that soil moisture will be greater in permafrost site because of the frozen soil layer will hold water closer to the surface. Figures 5 and 6 show the relationship between land cover, snow depth and snow surface temperature. Both graphs show around the same surface temperature but snow depths are different, permafrost land cover type having a deeper snow depth. Deep snow acts as an insulator and is an important aspect of maintaining permafrost in a location. Land cover can also have an impact on surface temperature, snow depth and permafrost thaw. Clear cutting the black spruce opened up the area and could have possibly allowed the soil to warm up, allowing for faster decomposition and a larger active layer.

Human error: did not dig deep enough in permafrost area because ground was frozen.

The results show that the permafrost site has higher soil moisture content and deeper snow depth than the thermokarst site. The results also show a connection between land cover and snow depth. Because snow depth and other snow properties affect permafrost thaw, further research in the area could be interesting. Improvements to the methods include: sampling before the ground freezes, an in-depth land 7 cover observation, and taking soil temperatures at the same location as the soil moisture in order to make clear comparisons.

Learn more about this case study

The water cycle is a key part of the Earth system that touches many different terrestrial, aerial, and marine domains. Furthermore, the fluxes and reservoirs that comprise it shift over time and space as a result of seasonal variation and climate change. Given the nature of these disparities and the influence the water cycle has on many aspects of the global environment, your data contributions are an important piece of the puzzle in characterizing how water moves through your local ecosystem.

Additional thanks to members of the GLOBE Science Working Group and Brian Campbell for improving the quality of the work.​​