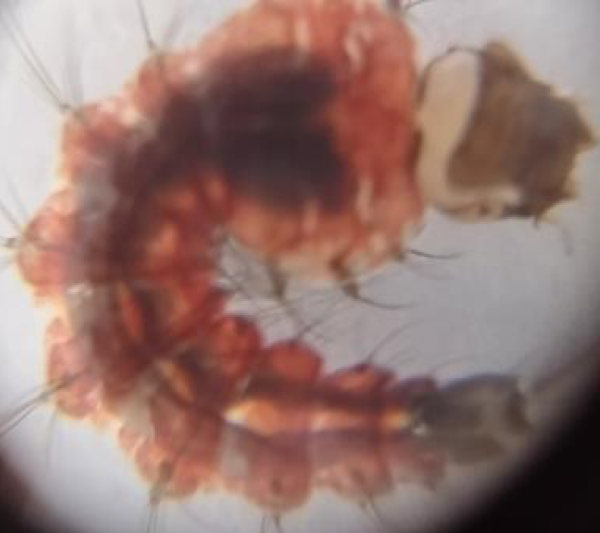 In Central Virginia, where there is a humid, subtropical climate and substantive annual rainfall, mosquitoes are quite prevalent. As the climate warms, it is reasonable to expect increased temperatures, as well as precipitation, providing increased opportunities for mosquito oviposition. This study investigates how certain natural bait types commonly found in Virginia attract mosquitoes and impact the number of larvae. The study site was a well-shaded and undisturbed backyard in Henrico County, Virginia. Three large black buckets served as traps, and pine needles, tall fescue grass, and white clover were each placed in one trap. The traps each had a large rock at the bottom, three liters of water, and a flat, wooden ruler in order to accommodate species that don’t oviposit on the water’s surface. The larvae were systematically counted from each trap at ten to twelve days, depending on larvae development. At the conclusion of each trial, mosquito habitats were eliminated so as not to exacerbate issues adult mosquito cause. The traps were reset for the following trial. Findings revealed that the white clover trap had the greatest number of larvae present, but the pine needle trap was a close second. The data is included in a NASA dataset. For additional research, more trials should be conducted and other natural baits could be involved, such as different types of pine needles. Keywords: oviposition, pine needles, tall fescue grass, white clover, larvae count
Return to Student Research Report Listing