September 2017 Letter to the Community

Letter to the Community

Here in North America and in the Caribbean we've been experiencing some extreme weather lately, mostly in the form of hurricanes coming ashore from the Atlantic. The more we know about the weather, the more we can prepare for it, and it is becoming more and more of a force to be reckoned with. It is important that our students become scientifically literate in climate studies and one way to facilitate this process is through the campaigns we always have going at GLOBE. Right now we are starting on Phase 3 of the ENSO (El Niño Southern Oscillation) campaign which has been formulated to engage students in determining where and how much El Niño affects local places and to put students in contact with their local environments. 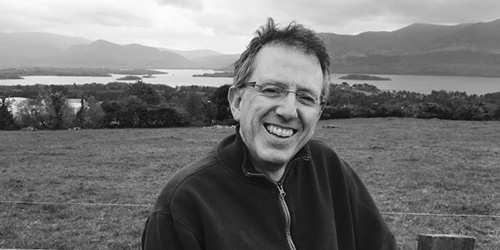 El Niño and La Niña are important climatic phenomena that can have impacts on the climate globally, causing flooding and droughts as well as causing changes in seasonal weather. So no matter where you live you should know about it and the best way to do so is to participate in the ENSO campaign. Put this date on your calendar: 03 October, 8 p.m. ET (04 October, 12:00 a.m. UTC) for the first webinar of Phase 3: "Studying Water Globally and Locally." Find more about this opportunity here.

I'd like to welcome the Seychelles, our newest partnering country, to GLOBE. Seychelles, surely one of the most stunningly beautiful countries in the world, is invested not only in the protection of its natural resources but also in the environmental awareness of its citizens. We welcome our new friends in the Seychelles to the GLOBE family.

On another happy note, I'd like to announce the name of the person selected at random from among the participants of the 2017 GLOBE Annual Meeting who completed the survey for partial support to attend next year's GLOBE Learning Expedition (GLE) in Ireland. Congratulations to Phiramon Srisuk, a student of Patchara Pongmanawut at the Princess Chulabhorn Science High School in Trang Province, Thailand. I can't think of a more appropriate person to win the free registration than a student!  We will also provide, by random drawing, partial support to attend the 2018 GLE to a few teams who submit qualified projects to the upcoming International Virtual Science Symposium (IVSS). These are small perks that you and your students can enjoy by participating in GLOBE events, but the bigger advantage in participating in GLOBE is the wealth of knowledge and opportunity for scientific discovery and friendship that are always a part of the GLOBE experience.

Teachers, start thinking now about helping your students engage in the 2018 International Virtual Science Symposium, make a point of contributing to the GLOBE community blog and start planning to join us at next year's GLOBE Learning Expedition (GLE) 1-6 July in Killarney, Ireland. Check the website in October for details.

As GLOBE enters its 23rd year of influencing students to know more about their environment and to consider careers in STEM, GLOBE is indeed producing the scientists and Earth stewards that the original implementation team envisioned. Opportunities abound for students who have a solid understanding of the Earth System.

Recently I watched a video of the scientists in NASA's Jet Propulsion Laboratory in Pasadena, California, control room on the day the Cassini satellite was decommissioned.The Cassini mission, a joint project of NASA, the European Space Agency, the Italian Space Agency and ultimately about 260 scientists from 17 countries, was at one time just an idea in the minds of a few dedicated men and women who dreamed of flying beyond Mars and Jupiter to Saturn. After many, many challenges (not the least of which was to secure funding!) the spacecraft was built and launched. But that was just the beginning. It took 7 years for Cassini to reach Saturn. For the next 13 years, this mighty machine, the size of a school bus, circled the mammoth planet and its adjacent moons, sending back spectacular footage of the beautiful rings of Saturn, the strange persistent hexagonal-shaped cloud cover over its north pole and its soupy liquid methane-covered moons which contain the elements to potentially contain habitable, or at least "prebiotic", environments. For 13 years we received from Cassini some of the most breathtaking images ever taken.

Scientists and engineers decided long ago that when the time came, they would crash the spacecraft into Saturn in an attempt to protect some of the ringed planet's moons from earthly debris. Two of its 62 moons, Enceladus and Titan, are (unlike Saturn) good candidates for harboring microbial life and NASA wanted to keep them pristine. So two weeks ago, on 15 September, the mission was ended by deliberately sending Cassini on its final journey. There was a hush in the control room as the scientists watched and listened, with a certain reverence, to the final signal from Cassini.

Each of the scientists in that mission has a story to tell about what led them to their incredible work. Each of us has a story too. I'm proud to be part of the NASA mission to raise awareness and curiosity in our GLOBE students. Who knows what they will do!