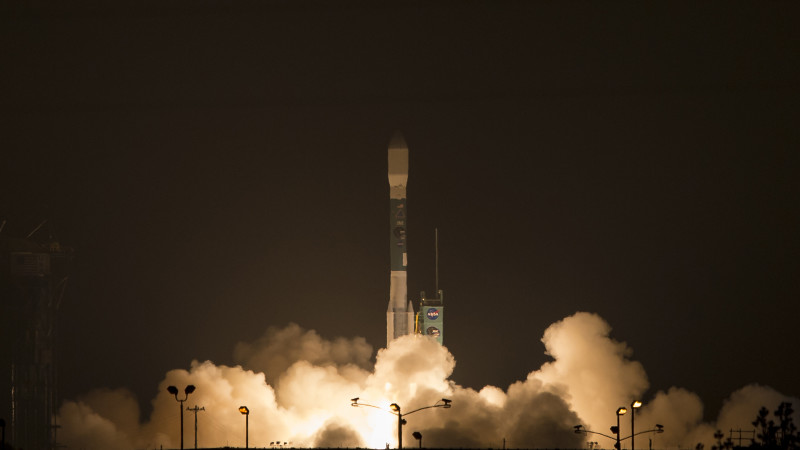 On 31 January 2015, NASA successfully launched the Soil Moisture Active Passive (SMAP) observatory from Vandenberg Air Force Base in California, USA. SMAP is on a 3-year mission to “scratch” below Earth's surface to expand our understanding of a key component of the Earth system that links the water, energy, and carbon cycles driving our living planet.

As part of the SMAP-GLOBE Program Collaboration, SMAP scientists are using “ground truth” measurements collected by GLOBE students to help validate the satellite moisture measurements and to monitor their accuracy.

Thanks to the hard work and dedication of all participants, the current Soil Moisture Field Campaign (which began 1 October 2015 and will run through 30 April 2016) reached its goal of 1,000 protocol measurements by the first anniversary of the SMAP launch. On 27 January, looking at raw data and including non-measureable ground states, GLOBE broke 1,000 measurements. To date, GLOBE/SMAP has received 1,073 protocol measurements.

Visit the GLOBE/SMAP Soil Moisture Measurement Field Campaign web pages to follow all of the current campaign information and updates – including everything you need to know about collecting soil moisture measurements using the SMAP Block Pattern Soil Moisture Protocol, as well as the protocol instructional video.

Mark your calendars for the next GLOBE/SMAP webinar, which will be held on 01 March 2016 (11 a.m. ET/4 p.m. UTC), entitled: “Heading into the Spring Thaw and Global Shout-Outs to all the GLOBE Schools/Teams Collecting SMAP Soil Moisture Data."

If you missed the 02 February Webinar, “1 Year of the SMAP Mission and Global Shout-Outs to all the GLOBE Schools/Teams Collecting SMAP Soil Moisture Data,” you can now view it here.

And catch up on all of the SMAP blog posts, including Brian Campbell’s most recent blog: “One Year of SMAP!” (If you would like to guest blog about your SMAP protocol measurement experience, please contact Brian Campbell, Senior NASA Earth Flight Science Education and Communication Specialist at brian.a.campbell@nasa.gov.)