The NASA/GLOBE 2018 Spring Cloud Observation Challenge, which ran from 15 March through 15 April, has now wrapped up – and the sky-high numbers are in! During the challenge, GLOBE received a grand total of 56,515 cloud observations from more than 15,000 locations in 99 countries on every continent. 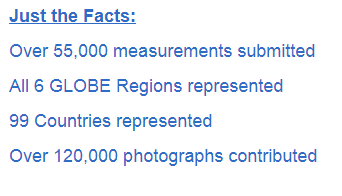 For comparison, this far surpassed GLOBE's last major influx of 19,000 cloud observations received for the 21 August 2017 total solar eclipse. In fact, the numbers were so big, more than 10 times the usual number of new observations and users, GLOBE had to double its server capacity.

In addition, more than 27,000 new users registered for the GLOBE Observer app during the challenge, compared to 1,800 the month before.

"The response to the data challenge has been beyond belief and has excited so many scientists at NASA. We are particularly excited to have received so many observations from different countries and regions," said Marilé Colón Robles, lead for the GLOBE Clouds team at NASA's Langley Research Center in Hampton, Virginia, USA. "We want to extend a very sincere thank you to everyone who made observations. Your observations give us a unique opportunity to better understand satellite data."

GLOBE cloud data is useful for a wide range of science, such as helping researchers validate observations from the suite of six satellite instruments known as the Clouds and the Earth's Radiant Energy System (CERES). Though the CERES instruments use advanced technology, some cloud types aren't easy for researchers to identify from space – thin, wispy cirrus clouds, for instance. By matching observations made on the ground to images from satellites, scientists can make positive identifications of those difficult-to-identify clouds.

So far, NASA has matched more than 30,000 citizen science observations from the cloud challenge to satellite images — a treasure trove of data to be explored. And researchers hope the data will continue to pour in.

"The data challenge might be over, but we still need your help," said Colón Robles. "We encourage everyone to keep submitting cloud observations every day and throughout the year, because these observations matter."

The GLOBE Program would like to thank the top observers from each GLOBE region:

NASA has created a congratulatory video – to help announce the top observers and to celebrate everyone who contributed vital observations to this challenge. In this special video, Dr. Lin Chambers, NASA cloud scientist and GLOBE Program Manager, announces the top observers; and scientists at Langley Research Center join in to celebrate everyone who submitted their cloud observations. To watch the video, click here.

To learn more about the GLOBE Observer app – a hands-on way to contribute observations that help scientists track changes in clouds, water, plants, and other life in support of climate research (and to help verify NASA satellite data) – click here. Remember, by submitting your observations, you are helping students of all ages do real scientific research as part of The GLOBE Program. All you have to do is download the app, go outside, and follow the prompts in the app to observe your environment!

The following highlight all of the top observers by GLOBE region: 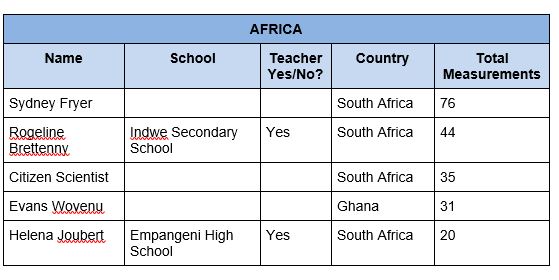 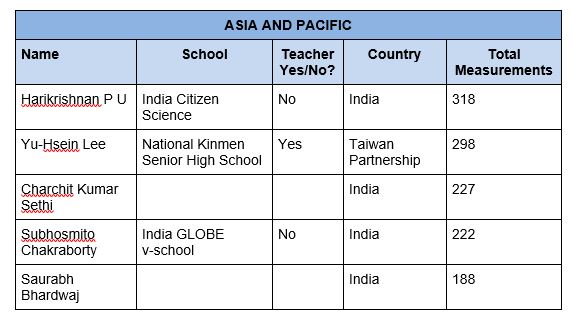 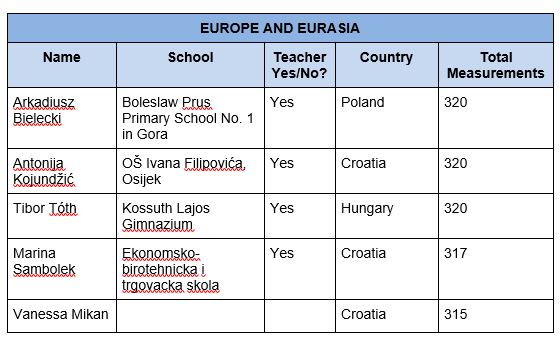 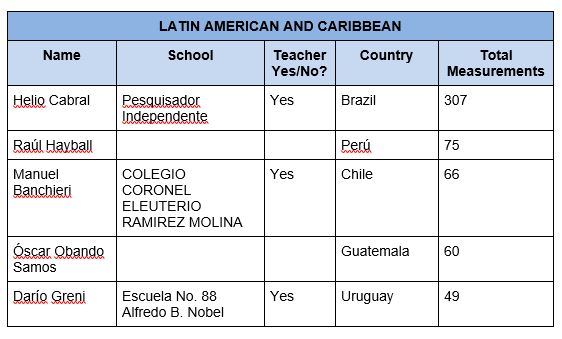 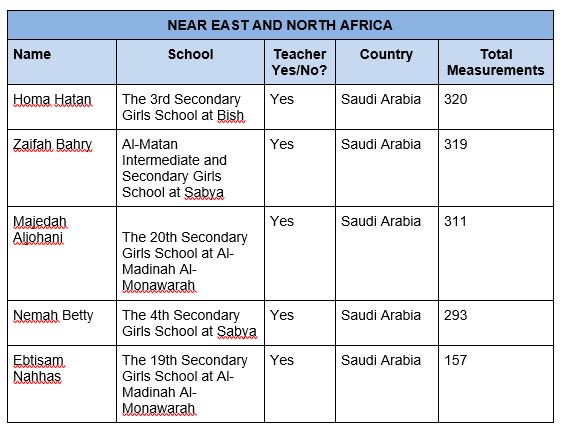 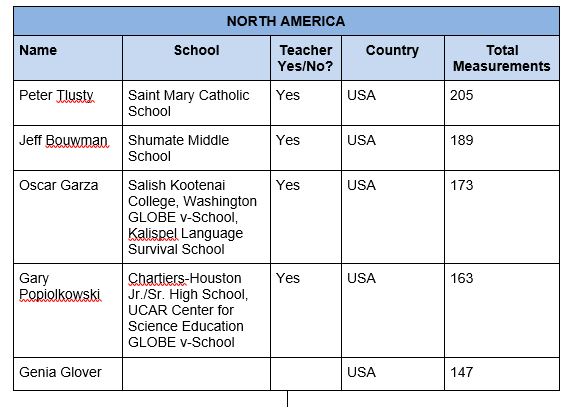 The GLOBE Program would like to thank everyone who participated in the 2018 NASA/GLOBE Spring Cloud Observation Challenge!