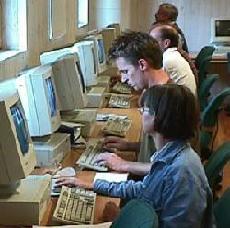 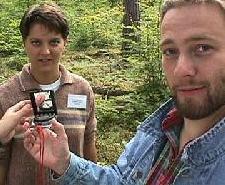 The GLOBE Program continues to flourish in Sweden, where teachers from fourteen new schools were trained in the GLOBE Program science and education activities in September 1998.

During three intensive days of training, two teachers from each school learned how to take GLOBE measurements and use the GLOBE Web site to report data. According to Siv Sellin, Sweden's GLOBE Country Coordinator, the workshop participants were particularly interested in the wide array of possibilities for visualizing the GLOBE data in maps and graphs.The teachers also expressed their interest in using GLOBEMail to establish contact with other GLOBE schools around the world.

The workshop culminated on the last evening with a vegetarian feast that included entertainment and singing of well-known Swedish songs. Photographs from the workshop on the GLOBE Sweden Homepage are online at: http://www.yndegarden.solvenet.se