2018 GLOBE Games in the Czech Republic

More than 200 students from primary and secondary schools from all over the Czech Republic, as well as from several European countries, gathered between 31 May and 03 June in the beautiful town of Humpolec to celebrate the 21st Annual GLOBE Games. GLOBE Games provide a unique opportunity for students to come together and share their research, have fun, and learn from each other. The 2018 GLOBE Games were organized by GLOBE Czech Republic, TEREZA Educational Center, and the Dr. Ales Hrdlicka Secondary school.

GLOBE Games is the culmination of research efforts for students from all over the country, offering them the opportunity to share their research at the student's conference. The projects, some of which were presented in English, are based on real problems or are subseq 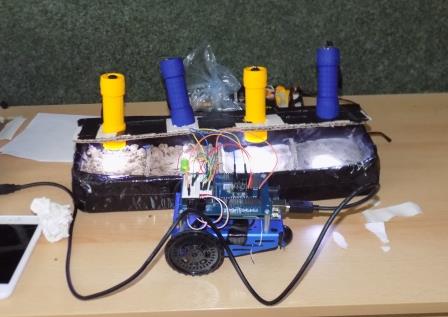 uently used in practice. For instance, students of IIS Cavazzi from Northern Italy Modena focused on the dependence of soil moisture on soil composition; the students also designed a prototype of a small robot that can automatically measure soil moisture.

The event was attended by several dignitaries from the Czech Republic and abroad. The esteemed guests, including Mrs. Kelly Adams-Smith, Chargé d'Affaires of U.S. Embassy Prague; Mrs. Helena Knappova, a representative of the Ministry of Education, Youth and Sports; and Mr. Farid Hamdan, the National Coordinator of GLOBE Israel, greeted students and encouraged them before their presentations.A number of education experts and scientists took part in the event, and also prepared workshops and lectures for the afternoon session.

GLOBE Games has traditionally been accompanied by a number of other activities; primarily, a large field game in which students have engaged in various natural science tasks. The busy program culminated on Sunday at nearby Orlik Castle, where students presented their research and discoveries.

This year's GLOBE Games were exceptional, not only in terms of research, but also in terms of crossing international boundaries and having participants from other countries in attendance, including approximately 40 schools from all over the Czech Republic, along with 12 foreign teams (from Israel, Italy, the Netherlands, Poland, Slovakia, and Ukraine) attending the event. 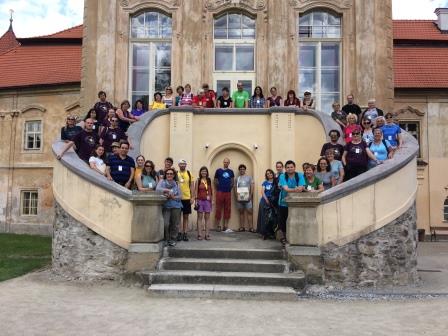