2012 Student Xpedition to the Roof of Africa

The 4th annual GLOBE Africa and Seasons and Biomes Xpedition is just around the corner. In a matter of weeks, GLOBE students, teachers and scientists will make another epic trek to the summit of the highest peak in Africa.

What is the Mt. Kilimanjaro Xpedition? 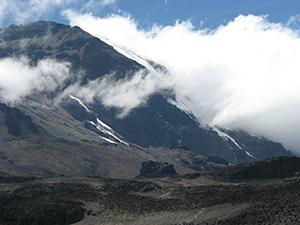 Students on the Xpedition study the various ecological zones of Mt. Kilimanjaro and record vegetation, air, soil and surface temperature, cloud type and cover, relative humidity and as well as several hydrological measurements. They will be retrieving data loggers placed on the mountain by last year's Xpedition Team. Xpedition scientists will analyze the data to determine whether  ecological  biomes are shifting and how much the glaciers of Mt. Kilimanjaro are shrinking.

Why is this Xpedition Important?

The glaciers of Kilimanjaro are quickly disintegrating under the equatorial African sun. Snowfall during the rainy season isn't keeping pace with the melting that occurs during the dry season. This Xpedition will collect scientific data to compare with the data of previous Xpeditions and serve as a comparative baseline to examine the effects of climate change that threaten the entire ecosystem of Mt. Kilimanjaro. Read more›

Who is Participating in the Mt. Kilimanjaro Xpedition in 2012?

When will the Xpedition take place? 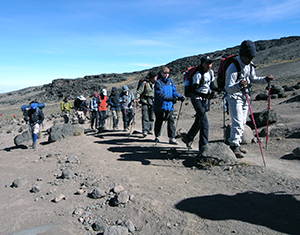 How can you participate? 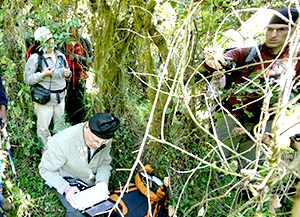 Studying the land cover enroute to the summit