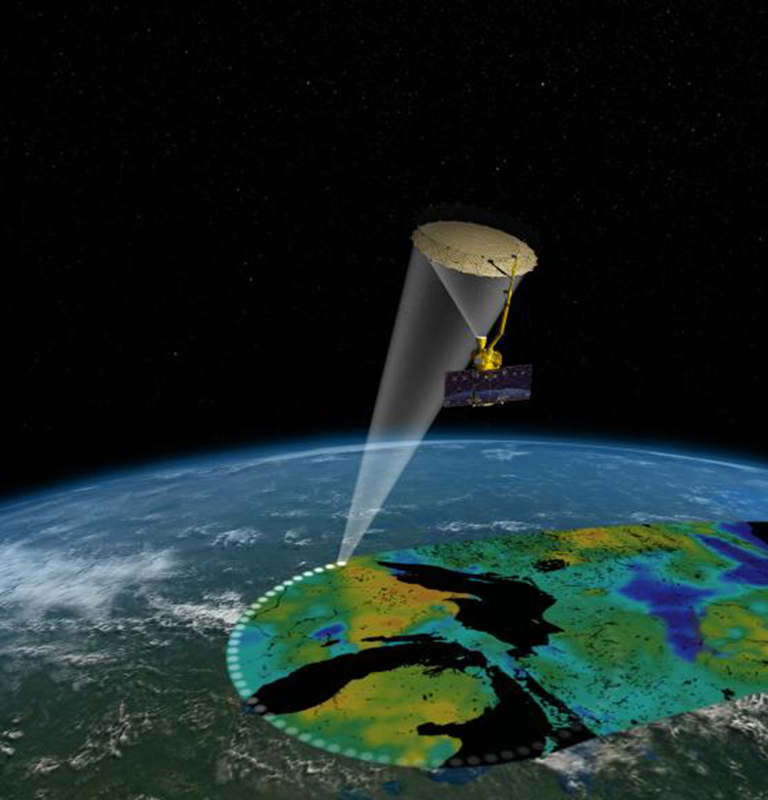 SMAP's 3-year mission will map global soil moisture and detect whether soils are frozen or thawed. SMAP measures soil moisture from space, and has direct applications in science, agriculture, and environmental management, each of them vital to Earth's health and sustainability.  From understanding the processes that link the water, carbon, and energy cycles to improving weather and climate prediction models, SMAP will advance environmental knowledge.

The calibration work allows SMAP data users to familiarize themselves with partially calibrated, or "beta" data, while the full calibration activities are being completed. The "beta-level" radiometer and radar data products were made available for public release July 31 through the National Snow and Ice Data Center and the Alaska Satellite Facility. The fully calibrated data will be released in early November of 2015.

SMAP radiometer data have been processed to map microwave emissions from Earth's surface, expressed as brightness temperatures in Kelvin and at a horizontal spatial resolution of about 25 miles (40 kilometers). SMAP's radar began regular operations on April 13, but stopped transmitting July 7 due to an anomaly that is still being investigated by the SMAP team at JPL. The available radar data have been processed to produce coarse-resolution (3.1-by-18.6 mile, or 5-by-30-kilometer) global data products and high-resolution (0.6-mile or 1-kilometer) data products over land surfaces and coastal oceans.