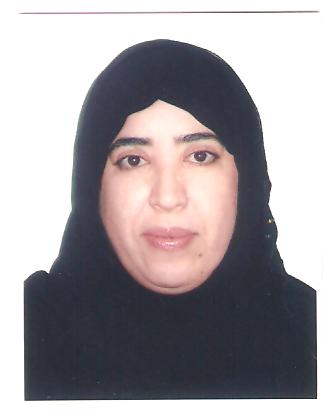 Mrs. Wafa Mubarak Bin Dayna has been dedicated to the advancement of The GLOBE Program in Bahrain for more than a decade. She joined The GLOBE Program as a GLOBE teacher at Muharraq Girls Secondary School in 2001, one of five pioneer GLOBE schools in Bahrain at the time. In 2004, she joined the Ministry of Education as GLOBE Coordinator Assistant and in 2006 she became Country Coordinator for Bahrain.

Under her influence, GLOBE has prospered in Bahrain, and Mrs. Bin Dayna points to a number of GLOBE projects and activities that illustrate the growth of GLOBE in her country and in her own personal development as an educator. Some of the most memorable GLOBE Projects have been:

The official opening of The GLOBE Innovation Centre for Earth Science and Renewable energy 2011
The Centre arranges opportunities for students interested in advanced science activities that extend and enhance the science they experience in the classroom.At the GLOBE Centre, teachers from 60 GLOBE schools have worked with more than 1,200 students to extend their understanding of advanced science.Students have expanded their understanding of renewable energy and explore innovativedevices using alternative and renewable energy at the Ministry of Education Campus, for example: electric car prototypes, controlled robots, solar cells, and others.


Volunteers for Change (since 2006)
The "Volunteers for Change" program provides flexible volunteering opportunities for active and dedicated youth who have the desire to serve their local communities through GLOBE. Students have been trained in How to research and perform studies on issues that concern the community, How to organize fundraising events and activities, The Art of Negotiation, Round Table Discussions and Debates, Environmental Awareness Activities, Regular Cleaning and Planting and, at last but not least, they celebrate local and international community events. Volunteers for Change has been a great way for volunteers to become better connected to their community and to be responsible citizens. It gave the youth of GLOBE the chance to make a difference, to be responsible citizens, and to challenge themselves to do things they never thought they could do.

Train the Trainers (since 2004) – a campaign to train the trainer teachers in GLOBE basic protocols.

The GLOBE Learning Expedition (GLE) in Croatia 2004 and the GLE in South Africa 2008: Both events stand out as pivotal in inspiring Mrs. Bin Dayna's commitment to The GLOBE Program.

In addition, the annual GLOBE Green Walk has taken placed in Bahrain for the past 9 years. Every year the Green Walk adopts a new theme, such as Biodiversity and Climate Change. The annual Green Walk promotes environmental awareness in an unconventional way by supporting new methods of learning and encouraging collaboration between students and scientists.  Read more about Bahrain's Green Walks here.

Perhaps, the most successful of Mrs. Bin Dayna's efforts has been the growth and development of the annual Bahrain GLOBE Science Fairs. GLOBE Science Fairs have become an important part of the GLOBE experience for students in Bahrain for the past 10 years and have shown dramatic growth. In 2014, for example, The Science Fair, held at the same time as the 2014 NENA Regional Meeting and invited students not only from Bahrain, but from Sultanate of Oman, Kingdom of Saudi Arabia, Jordan and United Arab Emirates to participate. The competition involved students form some 40 schoolsboth public and in all grades: secondary, intermediate, and elementary. In addition the 2014 Science Fair introduced GLOBE IN ACTION,  as well as Students Scientific Debates with the participation of GLOBE outstanding students from several schools.

The theme of GLOBE Regional Science Fair and Forum 2014 was "Water Quality Management" and the goal was to increase awareness for the entire population of the region,regarding the most serious challenges facing the Arab countries during this century: diminishing water resources on one hand and the growing demand on the other. GLOBE Program Director Dr. Tony Murphy was pleased tro attend this even and to see GLOBE in action in Bahrain. We would like to recognize Mrs. Wafa Mubarek Bin Dayna, and her GLOBE team, for having greatly enhanced the awareness and appreciation of GLOBE in Bahrain. 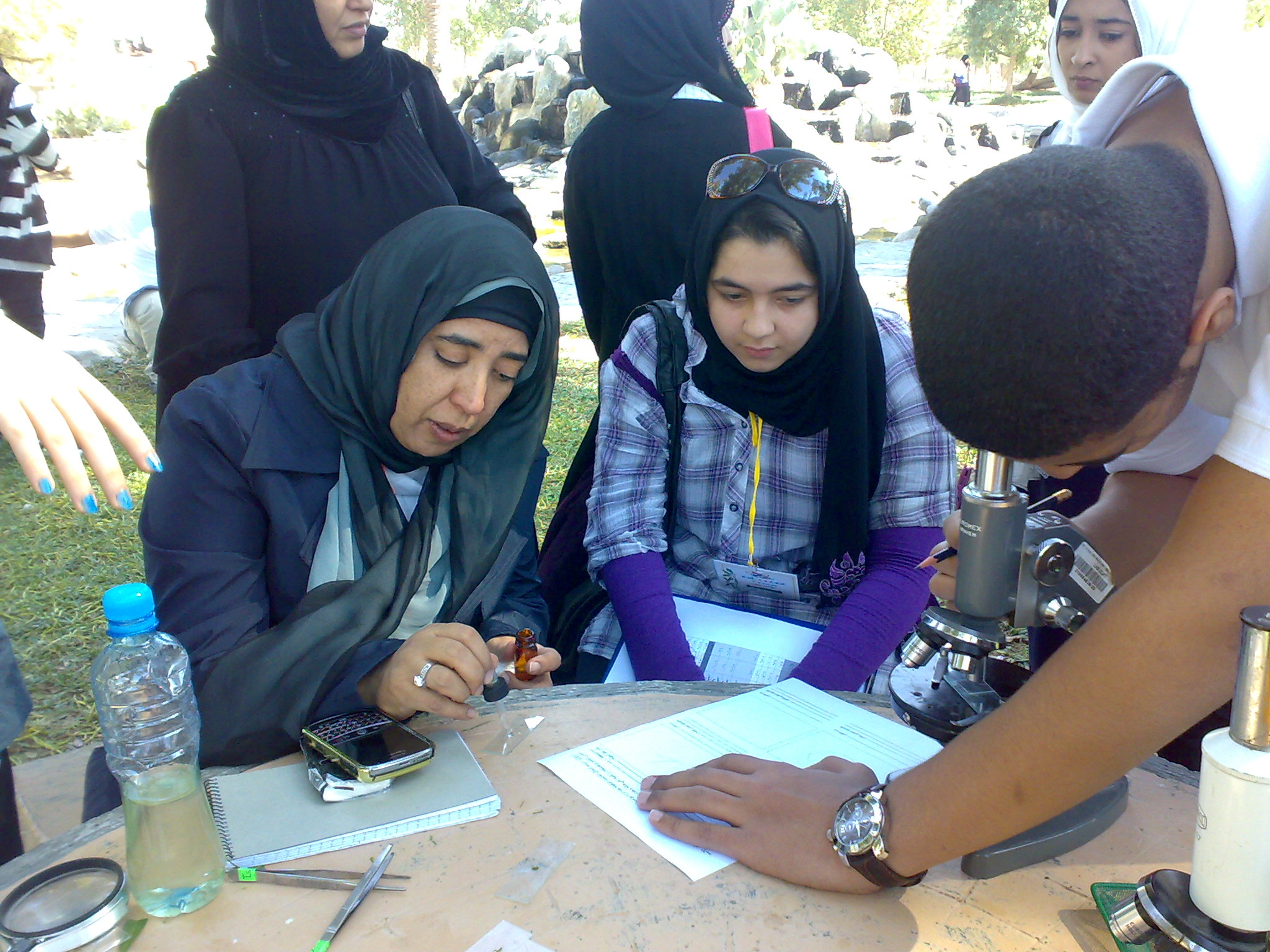 Mrs. Wafa Mubarak Bin Dayna with students (above and below) 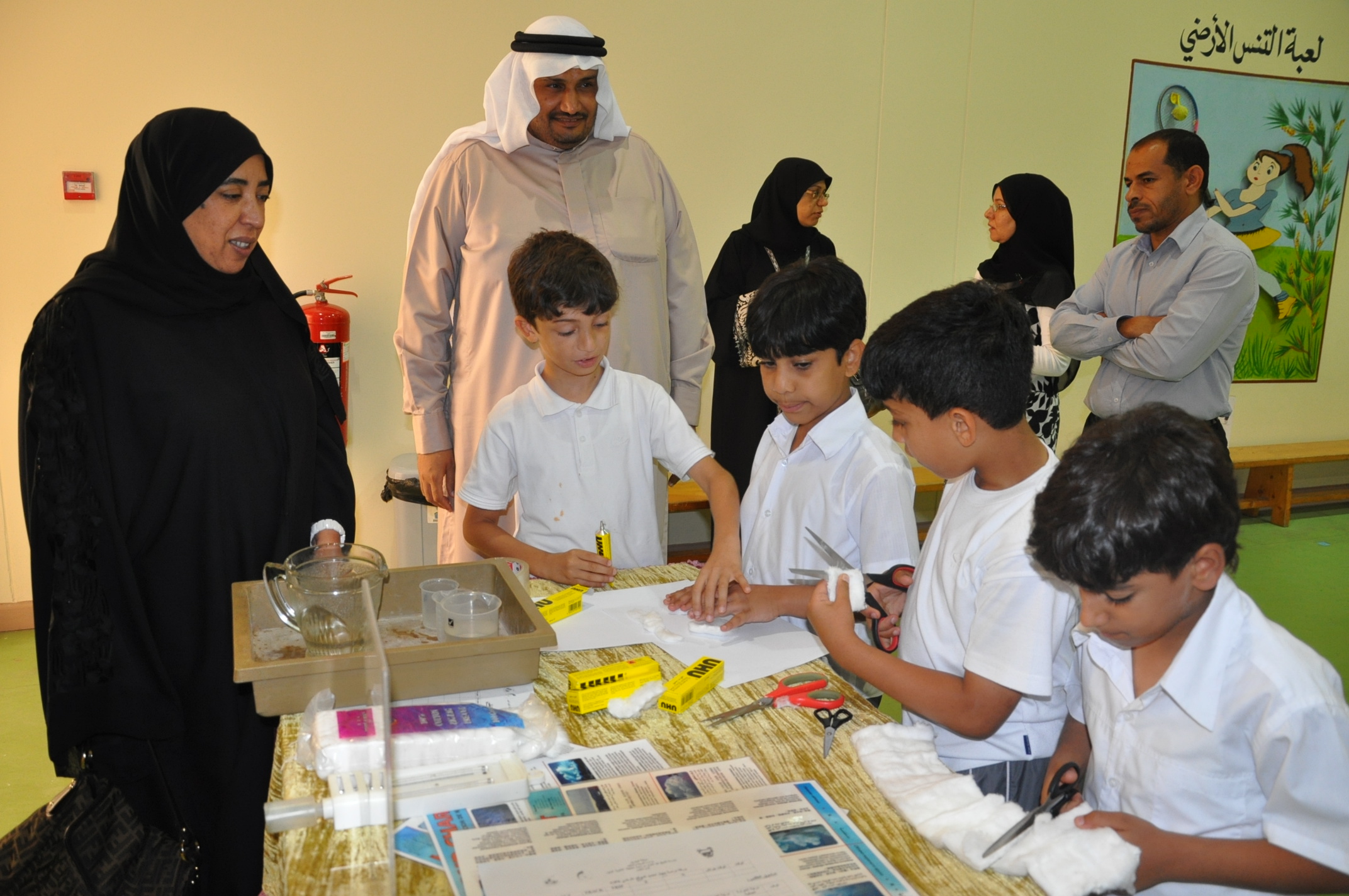