The Phenology and Climate Project began in August 2012 and between that time and December 2012, 40 schools from 12 countries participated by entering either Budburst, Green-Up, and/or Green-Down data totaling 1785 data entries.

During August to December, most of the northern hemisphere experiences autumn, while the southern hemisphere experiences spring.  Some sites near the equator have multiple growing seasons throughout the year, and there was at least one Tropical northern hemisphere school that was entering data on green-up that was from their second growing cycle for the year (see Figure 3 below).In total,  30 northern hemisphere schools participated in measuring the color change of leaves using the Green-Down protocol.  Here we look at the date that a leaf was reported as having fallen at a given site plotted versus the latitude of the site, which signifies the end of the green-down process (Figure 1).  As you may expect, the higher latitude locations typically lost their leaves sooner in the autumn season than those at lower latitudes.  Of course, there are a number of variables that can affect the time that a tree loses a leaf compared to similar latitude sites, such as anomalous early snowfalls, wind events,  and/or droughts to name a few possible reasons.  So there is some scatter in this figure that includes all of the GLOBE school sites that reported Green-Down data across the globe during this time period.  What would be interesting is to look at some of these sites that are outliers to the general trend to try to understand what may have happened, and on a longer-term look at how these trends vary from one year to the next. 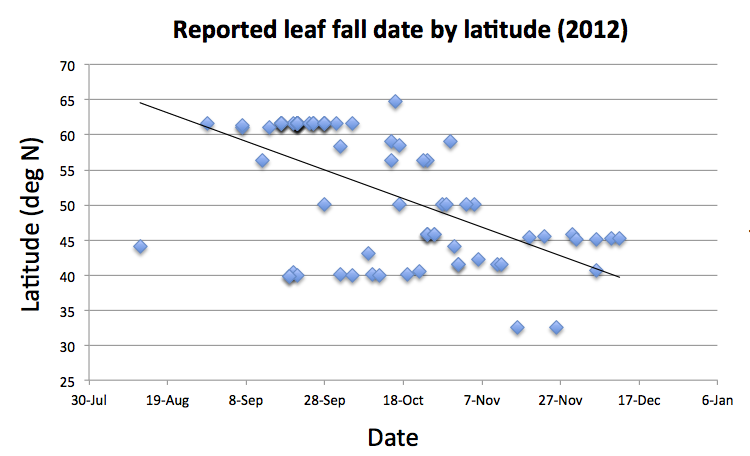 Figure 1. Leaf fall dates reported between 1 August-31 December 2012 plotted by site latitude (degrees North). Only data for tree sites was included in this figure. A linear trend line has been added to highlight the trend in these data.

There were 7 schools that entered Green-Up data during the August-December 2012 period.  Some of them reported dormant conditions, while others were sites with actively growing plants.  The Cavite National Science High School in the Philippines (at 14 degrees N; see Figure 2) reported Green-Up data on grass and trees near their school.  Figure 3 shows a time series plot of the tree leaf length growth for Narra trees.  This figure shows how the primary leaf growth occurred during the last few weeks in September before leveling off by mid-October.  This was  also reported as being for the second growth cycle of the year for this tree at this site.  An interesting study would be to follow this tree for many years and compare the rate and timing of green-up from one year to the next, and relate that to other factors to see what may influence the rate and timing of green-up for this site. 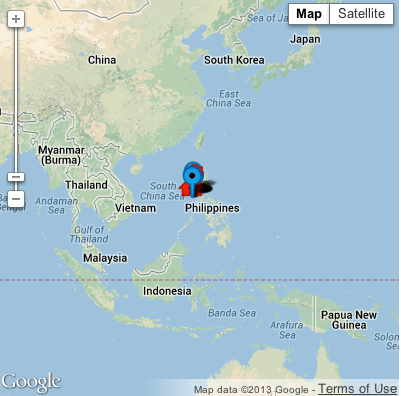 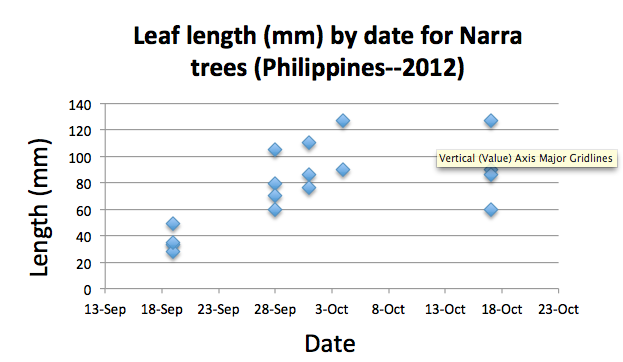 Figure 3. Leaf length (mm) by observation date between August-December 2012 for a Narra tree site at Cavite National Science High School in the Philippines.