The Phenology and Climate Project began in August 2012 and its first full year continued until July 2013.  In "Part 2", between January and July 2013, 34 schools from 8 countries participated by entering either Budburst, Green-Up, and/or Green-Down data totaling 1634 data entries.

In total, 33 northern hemisphere schools participated by measuring the time that budburst occurred on trees and shrubs near their schools, as well as the rate of leaf growth using the Green-Up protocol.  Here we look at the date that budburst was reported versus the latitude of the site, which signifies the beginning of the green-up process (Figure 1). 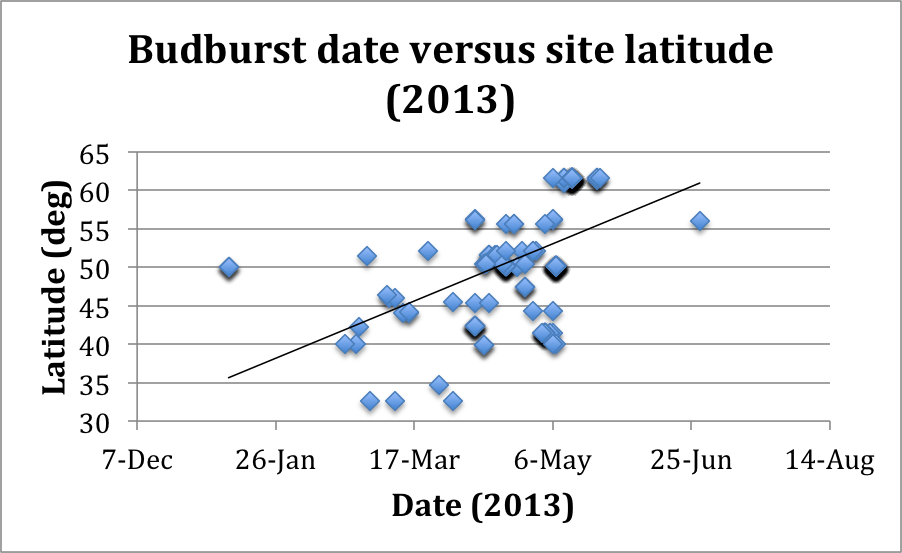 Figure 1. Date of reported budburst versus site latitude for all GLOBE Budburst data between January 1, 2013-July 31, 2013. A linear trendline as been added to highlight the trend, but there is still considerable scatter in the results.

As you may expect, the trend is that lower latitude locations (i.e. locations closer to the equator) typically observed budburst earlier than the higher latitudes (i.e. locations closer to the poles).  Lower latitude locations typically warm up sooner in the spring as solar insolation increases coming out of winter.  However, look at the month of March: budburst was reported nearly simultaneously between 32-52° North!  So, there are a number of variables that can affect the timing of budburst other than just the latitude of the site.  Some of these other variables may include the species of tree, anomalously (or unusually) warm or cold winters for a given location, or perhaps anomalously wet or dry winters.  This is exactly why we suggest other GLOBE protocols be collected in addition to Budburst, Green-Up and Green-Down, such as air and soil temperature, precipitation, and soil moisture, to help explain the observed phenological trends.  Since this figure includes all of the GLOBE school sites that reported budburst data around the world during this time period and does not differentiate by tree species or other factors, there is some scatter in this figure.  What would be interesting is to look at this data closer, species-by-species or region-by-region and using data from other GLOBE protocols, to try to understand what may have happened.  And over time, it will be interesting to study these trends on a longer time scale to look at how it varies from one year to the next.

There was 1 school in the southern hemisphere that entered Green-Down data during the Jan-Jul 2013 period (see Figure 2).  This school, Escuela Primaria Particular Incorporada N°1345 "Nuestra Señora del Carmen", reported data for a shrub called Phytolacca Dioca.  At a latitude of -33.0191° South, this shrub began showing leaf color change on April 15, and the observed leaves were reported as having fallen by June 24. 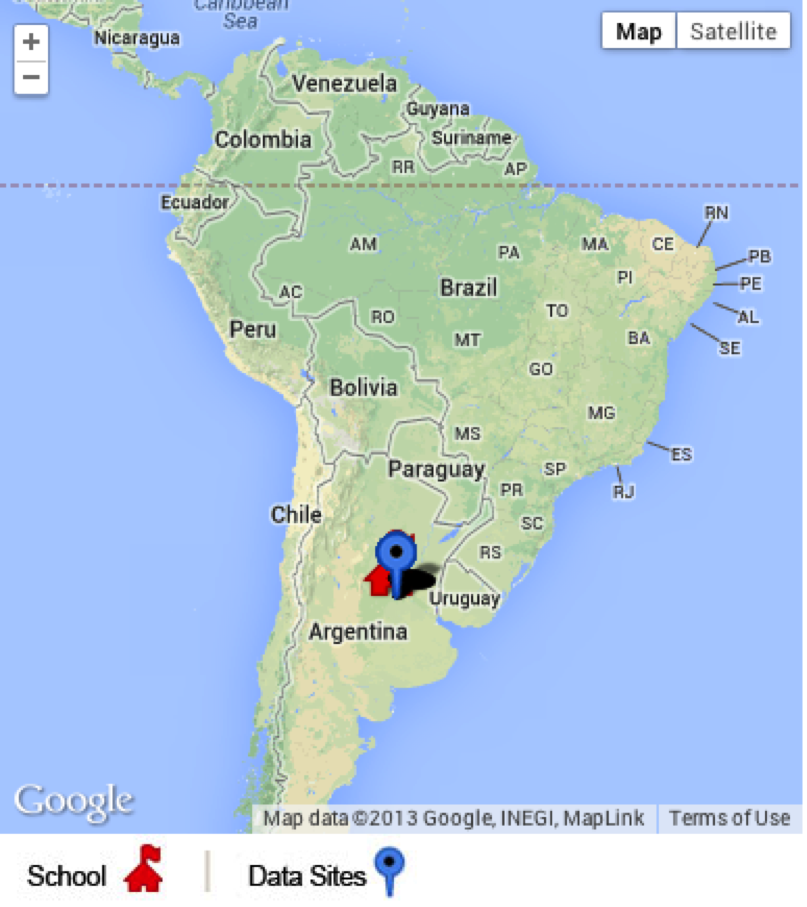 Keep entering phenology data throughout the next academic year to help document how the growing season in your community varies from year-to-year.  After another year of data collection, you can start to compare what changed from this past year to this coming year!  Also, try to collect air temperature, precipitation, soil temperature and/or soil moisture measurements near your phenology site to also help document other factors that can influence the growing season.