A recent training workshop for Oman's GLOBE teachers and supervisors from 22 schools added ten new schools to the Sultanate's GLOBE Program. The Ministry of Education in Oman organized the five-day training event, held 6-10 October 2013. With the addition of these new schools, the GLOBE Program is now active in every region in Oman. 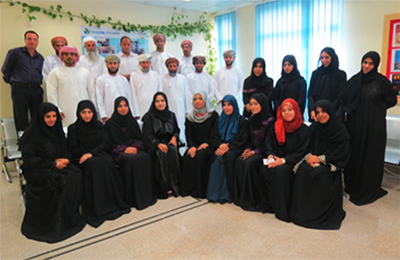 Each day focused on something new, starting with a general introduction to GLOBE, and proceeding to a daily focus on a specific protocol, including training in Hydrology, Atmosphere, Soil, and Land Cover protocols. All of the training included a focus on GLOBE's method of using the website to enter data. The fifth and last day, all protocols were reviewed and the day ended with the closing ceremony. 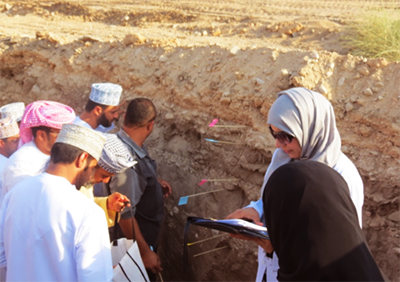 Oman's GLOBE program got fully under way only two years ago (in 2011) in three educational regions (Muscat, Aldhahira and the north part of Sharqiyah), with two schools (one girls' and one boys' school) in each region. Six more schools (located north of Batina, Dakhilya, and Dhufar) were added in the 2012-2013 school year. This year, with the addition of the regions of Musandam, Buraimi, and south of Sharqiyah and Batina, all regions of the country have schools enrolled in the GLOBE program. 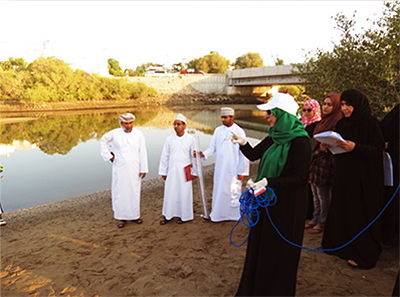 GLOBE in Oman hopes to raise awareness of the importance of environmental issues in Oman and to support environmental research, in engaging many schools with the GLOBE Program.