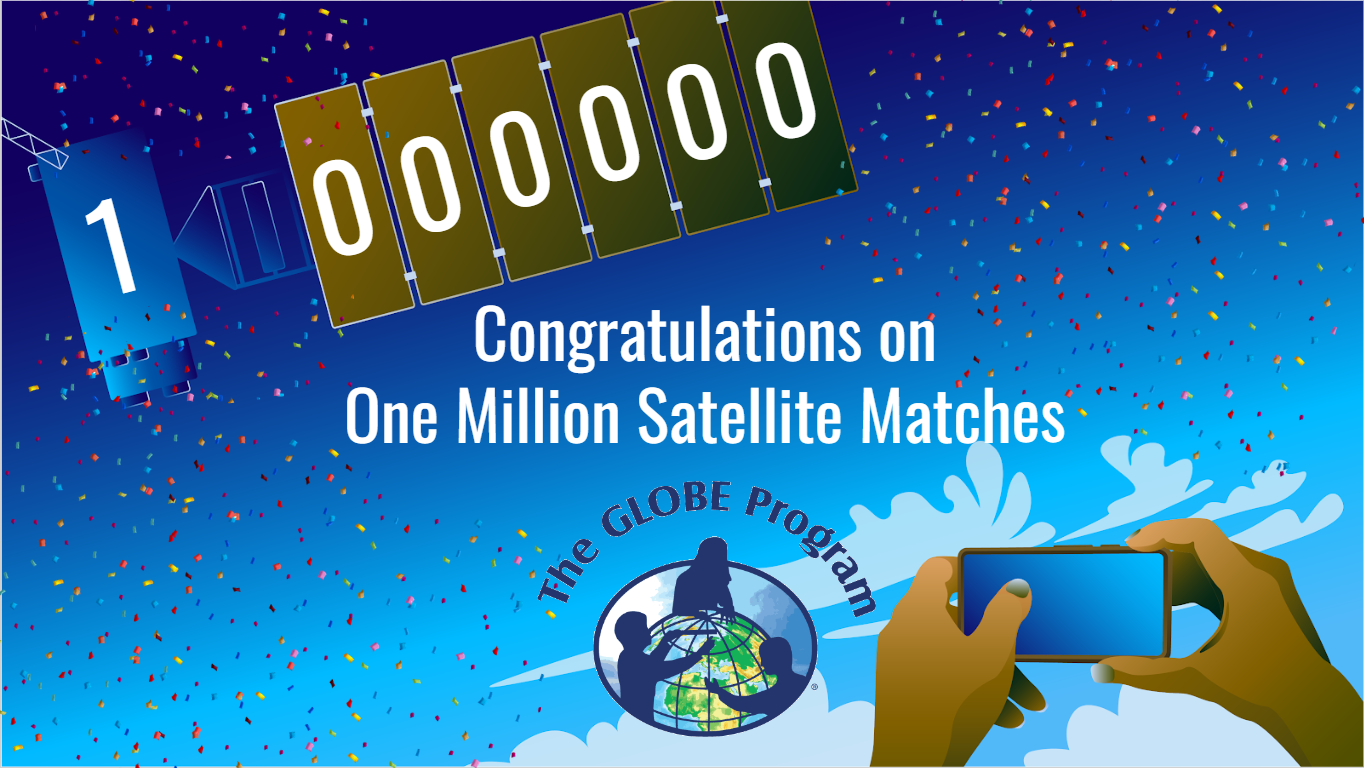 The NASA GLOBE Clouds Team has reached 1 million satellite matches! (Read the news release from NASA Langley) Thanks to the community, GLOBE met this goal. Keep observing the clouds so this total keeps going up.

The GLOBE Program made a special thank you video just for its members!

The NASA GLOBE Clouds team is excited to announce the upcoming addition of NOAA-20 to its satellite matching capabilities. Yes, this means that later this year, when GLOBE members make their cloud observations, they can match their observations to NOAA-20. GLOBE Clouds project scientist Marilé Colón Robles describes the satellite and changes to the matching schedule in this NOAA-20 blog post. 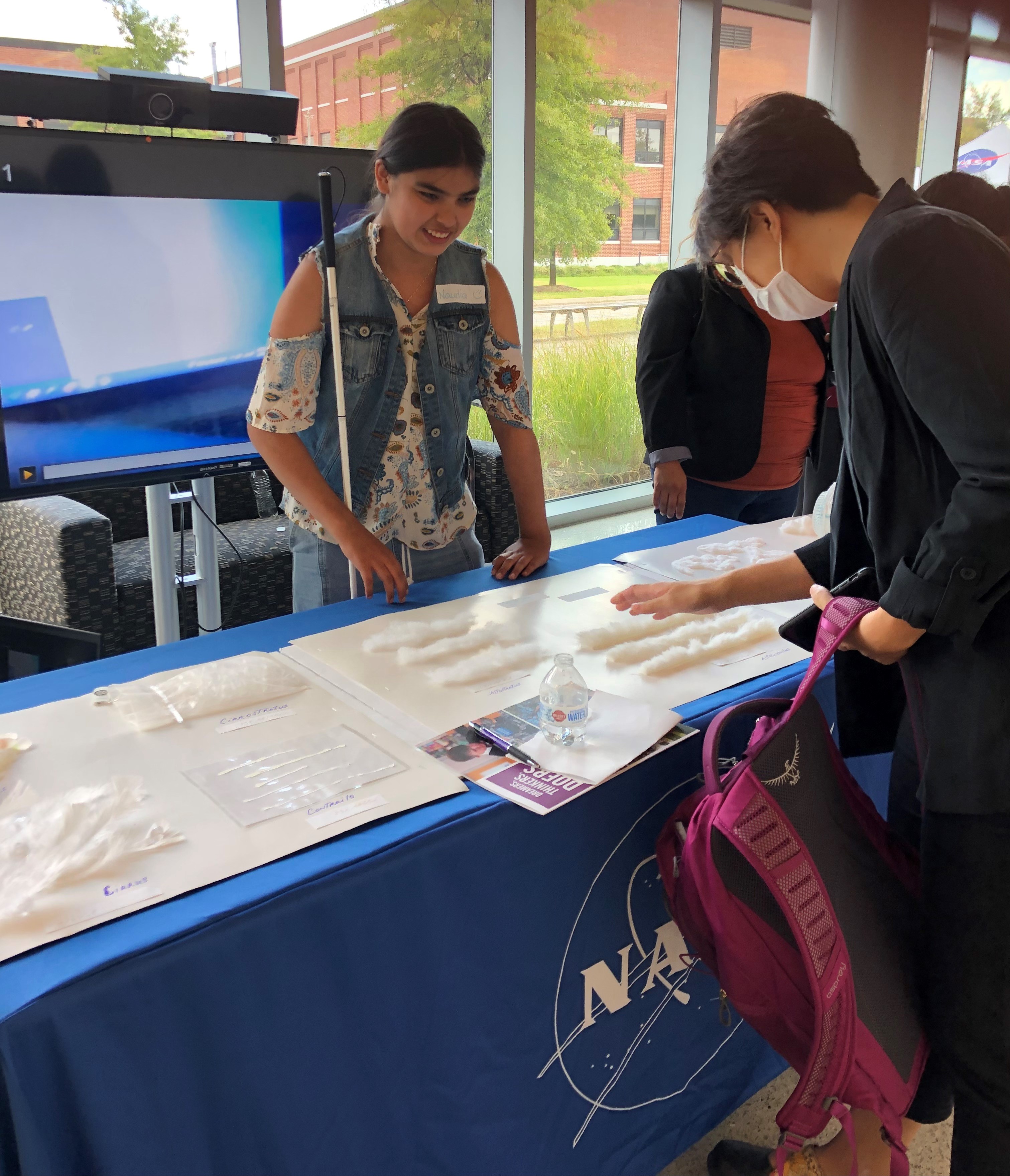 The NASA GLOBE Clouds team had the fortune to collaborate with Naudia Graham, a high school intern. She became a GLOBE Clouds expert quickly. She is also interested in advocating for accessibility. Naudia had an important research question: "How can blind and sighted students learn about clouds alongside each other?"

Naudia explored the NASA GLOBE CLOUD GAZE tutorials to learn about different types of clouds. She also explored resources at the GLOBE Clouds website. Among those resources, there was a video featuring Dr. Kristopher Bedka. Then, Naudia worked on three projects.

First, Naudia used an app called Be My Eyes. This app connects users with volunteers who can provide sighted help. So, Naudia used the app to get sighted help to describe NASA CLOUD GAZE sky photographs. As a cloud expert, Naudia knew how to guide sighted volunteers when describing the photographs. For example, Naudia would ask if the clouds on the image looked wispy, layery or puffy. Naudia would go further to ask about the size of the puffs or the opacity of the clouds. Then, based on the volunteers’ responses, Naudia would identify the type of cloud. This exercise helped sighted volunteers learn the names of the clouds (some of them already knew about cloud names, and some did not). And this is how Naudia and sighted volunteers classified NASA GLOBE CLOUD GAZE photos together.

Finally, Naudia went back to the video featuring Dr. Kristopher Bedka. A sighted student described the visual information of the video. Then, Naudia revised the script to ensure that it made sense. Another sighted student made a voice recording of the script. Then, this script was added to the scientific video using a free tool called YouDescribe.

Naudia showed different ways for blind and sighted students to collaborate in studying clouds. She used technology and creativity. Both blind and sighted students enjoy accessing scientific information through many routes. Naudia knows that clouds play an important role on Earth. So she thinks that “we must all find alternative ways to make the science of clouds accessible to all students.”

Science Topic with Brian Campbell:
The Good and the Bad of Clouds While Looking at Trees from the Ground and Space, and the NASA GLOBE Trees Challenge 2022: Trees in a Changing Climate 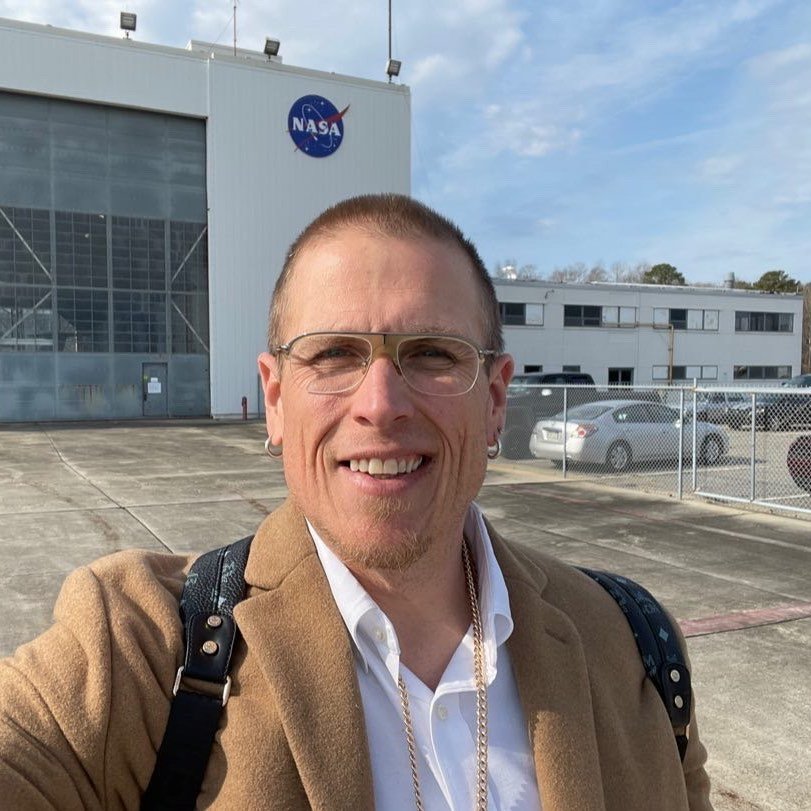 On 15 September 2018, ICESat-2 launched into space onboard the last Delta-II rocket. The launch took place at the Vandenberg Air Force Base, now known as the Vandenberg Space Force Base, on the central coast of California, USA. ICESat-2 has a special instrument called the Advanced Topographic Laser Altimeter System or ATLAS. Since the launch, the ATLAS instrument has fired trillions of laser shots towards Earth. These photons measure the elevation or height of ice sheets, sea ice and glaciers. It also measures landforms, urban areas, cloud cover, sea surface vegetation with a potential of shallow bathymetry, trees and more.

The Good: Clouds are a major component of the Earth’s system that reflect, absorb and scatter sunlight and infrared emissions from Earth. This affects how energy passes through the atmosphere. Different types of clouds have different effects, and the amount of cloud cover is also important. Clouds are a key factor influencing local weather as well as the Earth’s climate system. They affect the overall temperature or energy balance of the Earth and play a large role in controlling the planet's long-term climate. Researchers need accurate data on clouds to understand their impact over time.

The Bad: Very thick clouds make it difficult for the lasers to travel through to the ground surface to take height measurements under the clouds. Cirrus clouds composed of ice crystals have the same effect. This creates some gaps in the ICESat-2 data, especially in areas with extended periods of cloud cover.

With all this said, clouds are not always bad for ICESat-2. The satellite can gather information on the cloud heights, composition, density and more to advance the field of cloud physics.

The Challenge: On 11 October 2022, the NASA GLOBE Trees Challenge 2022: Trees in a Changing Climate, will commence. With the 3.03 trillion trees and 78,000 tree species on Earth, NASA is constantly striving to build and sustain the global inventory of tree height observations. NASA also wants to collect as many tree circumference measurements as possible. The data collected by volunteer scientists on the ground can potentially be compared to the space-based tree height data from ICESat-2. Learn more about the challenge at https://observer.globe.gov/trees-2022.