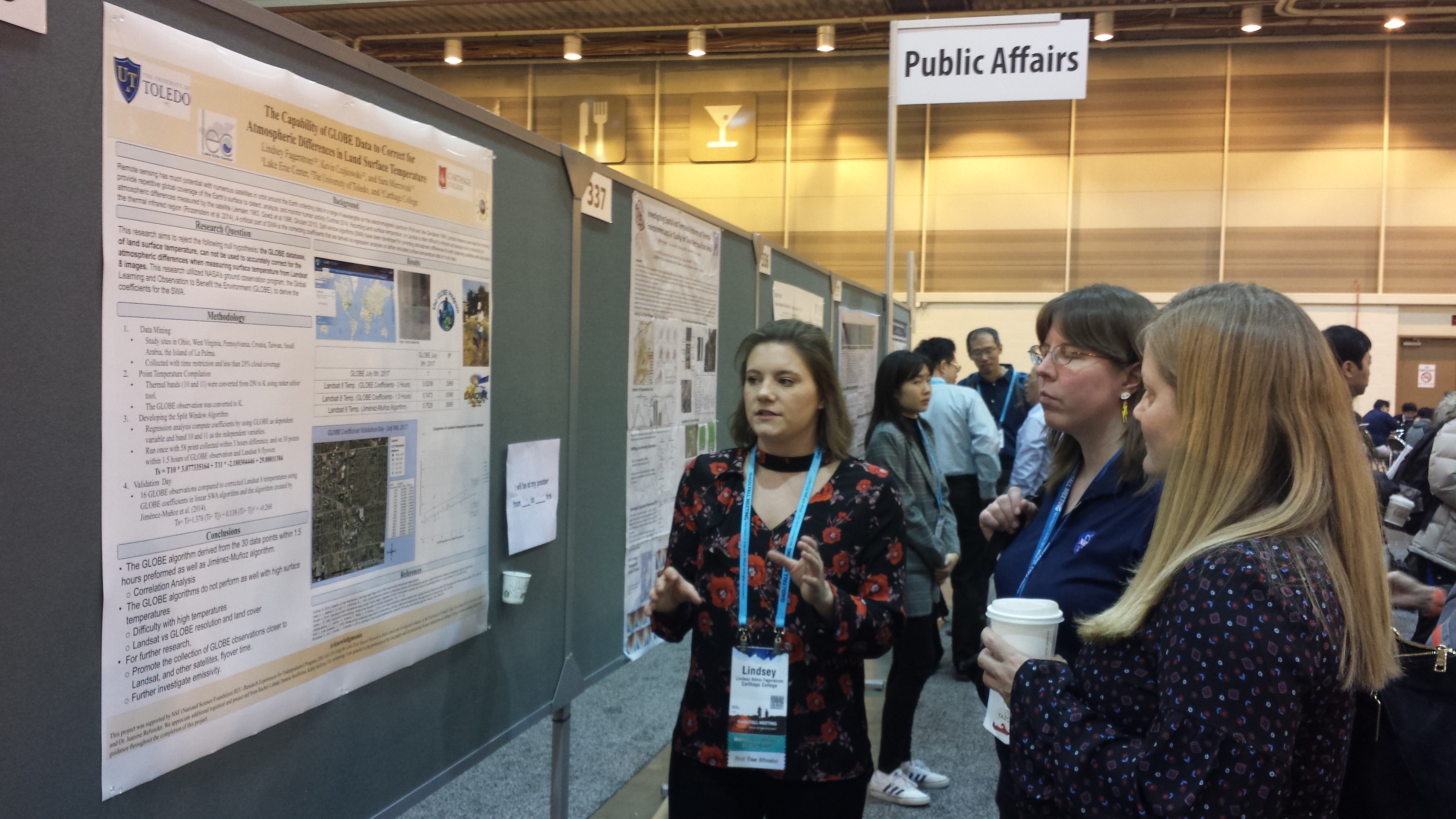 The Urban Heat Island Effect – Surface Temperature Field Campaign began on  01 December, and will run through 31 December. This year, the campaign is studying the urban heat island effect in seasons – October, December, and March (2018).

So far, in December, 69 schools have entered 1,323 observations.

Dr. Kevin Czajkowski (Dr. C, from the University of Toledo, Ohio, USA), the developer of the surface temperature protocol, posted a blog – thanking all who have been taking observations for this campaign. As he states in his blog, “It is your data that will allow other students to create interesting research projects as well as providing a database for me and my students to conduct research. We have schools all over the world taking surface temperature observations to contribute to the campaign.”

In his blog, Dr. C, discusses problems some schools are having with their submitted data, the number of observations from each school, and a research project using GLOBE surface temperature observations presented at one of the largest scientific conferences in the world. He also discusses data and the difference between October and December.

If you are participating in this campaign, click here to read the blog.