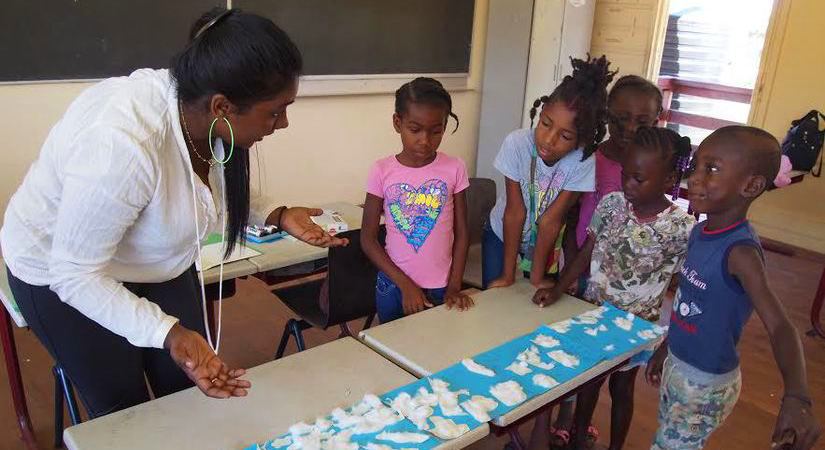 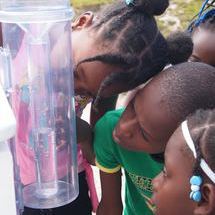 64 students participated in a special science project during the holidays in Brownsweg, Suriname. This event, which took place from 6-22 September 2016, was hosted by the charitable and nonprofit organization Green Heritage Fund Suriname (GHFS). 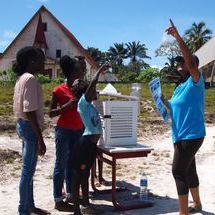 GHFS presented on and educated the children in the GLOBE Atmosphere Protocol. Their aim was to provide the villagers of Brownsweg a better understanding of the Earth's climate. The students participated by taking weather station measurements, making rain gauges and thermometers from plastic bottles, art-inspired projects on clouds, and doing data entry on the GLOBE website.

"An enthusiastic group of volunteers (many of which are training to be biology teachers) helped by giving each of the students personal attention and motivation," said Carola Poleij, a GLOBE teacher in Suriname. 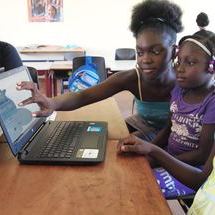 With the help from the GHFS, the GLOBE materials were translated and adapted to the Surinamese context. The GHFS’s involvement with the GLOBE Atmosphere Protocol gained a lot of online, newspaper and radio media coverage. This helped to boost GLOBE’s attention in Suriname. 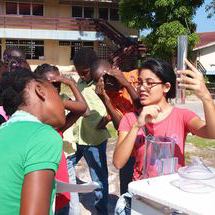 "We received many visits from the press during the project. We were covered by the Surinamese Kids News, two radio stations, a lot of online media, and the biggest newspaper of Suriname even put us on their front page," added Poleij.

At the end of the program, 35 of the students presented on what they had learned on the stage of their local church, which included dances, songs and theater performances. After a festive presentation, all of the students received a certificate of participation. 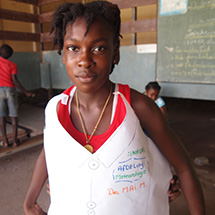 The three primary schools in Brownsweg are excited about the GLOBE Atmosphere Protocol and have asked the GHFS for help in implementing GLOBE materials into their school curriculum.

"The fact that the schools want to implement the material in their own programme means a lot to us. It is very important that small interior communities, such as Brownsweg, have access to GLOBE materials. Kids in Brownsweg have little distractions, especially during the holidays. It was nice to present them with educational activities that kept them active and motivated during the school holidays," concluded Poleij.