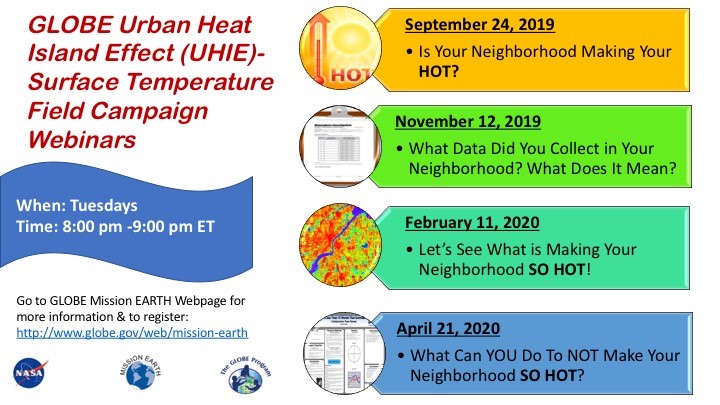 The Urban Heat Island Effect (UHIE)-Surface Temperature Field Campaign has begun, and will run through 31 October.