GLOBE began its vital work on Earth Day 1995, as a pioneering effort to create a record of the evolving condition of Earth's environment through measurements taken by students. These measurements would be used by students and scientists the world over, in research about the world in which we live.

During the past twenty years, students have submitted nearly 130 million measurements to the GLOBE database and this number continues to grow! The GLOBE Implementation Office applauds students for their extraordinary efforts in reporting the data they gather for research and understanding.

Students from the following schools have earned special recognition for having reported the greatest number of measurements in their region per GLOBE investigation area or Earth ‘sphere.'

For Atmosphere and Pedosphere (soil), all measurements submitted were included except for measurements relating to temperature, moisture, humidity, barometric pressure, and precipitation. Of these measurements only those taken during Local Solar Noon (LSN) were considered. 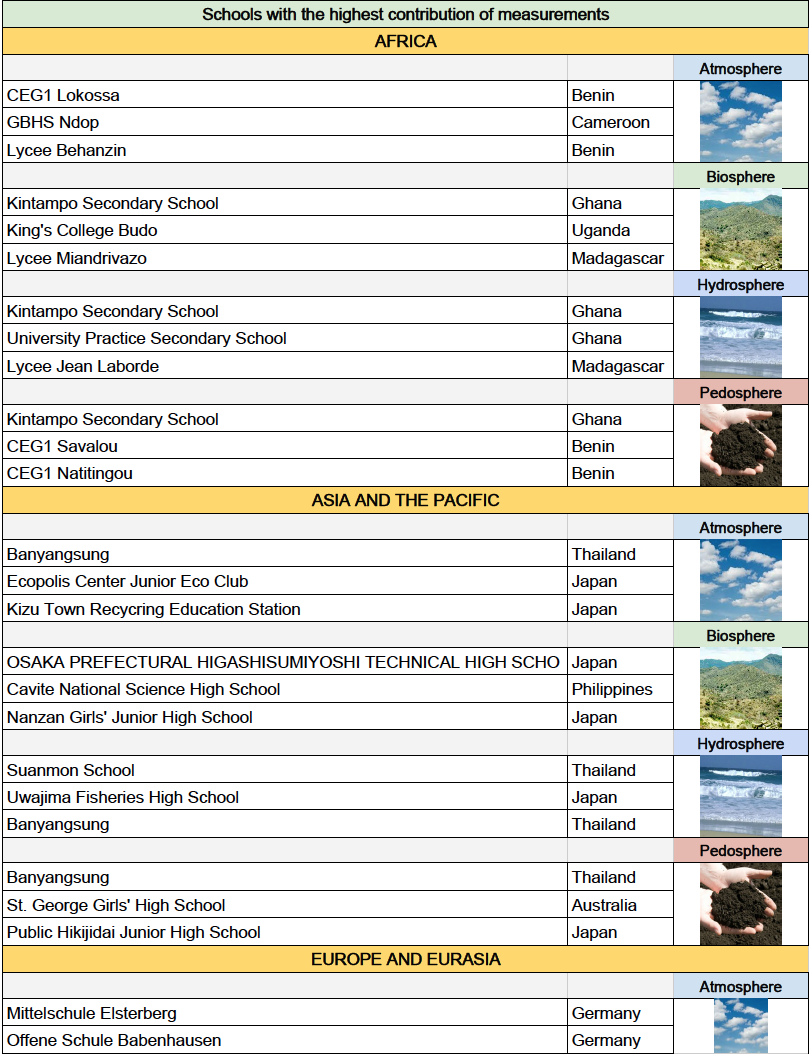 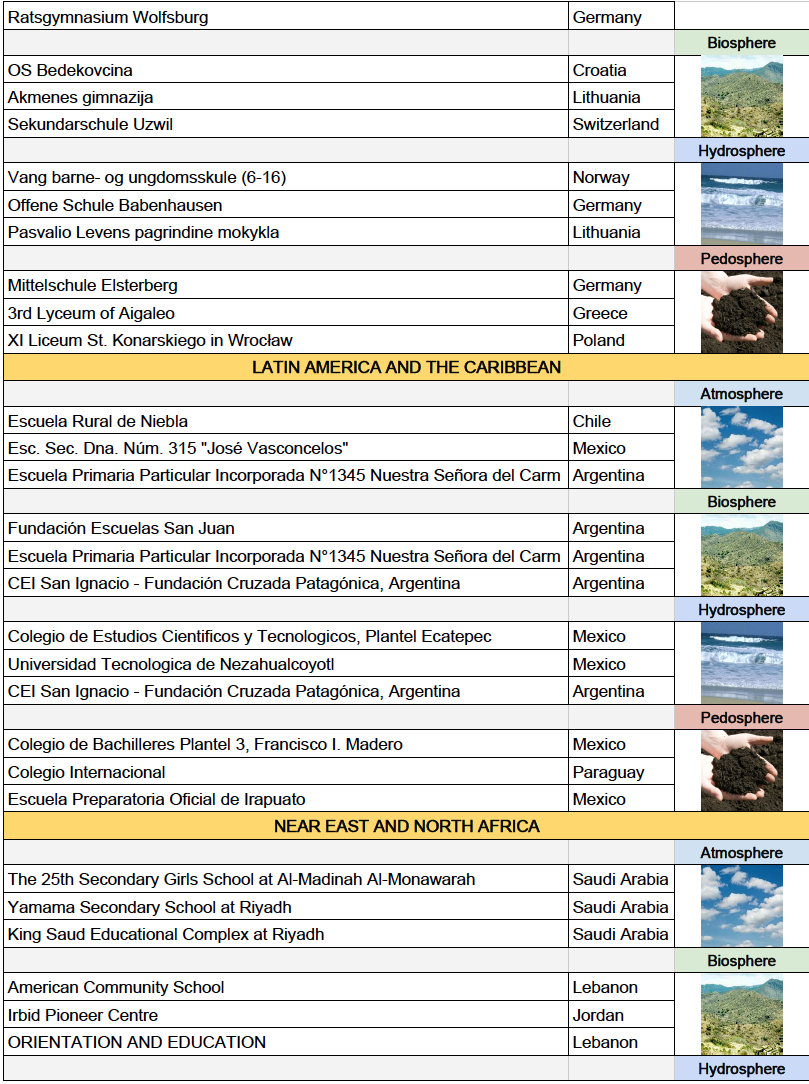 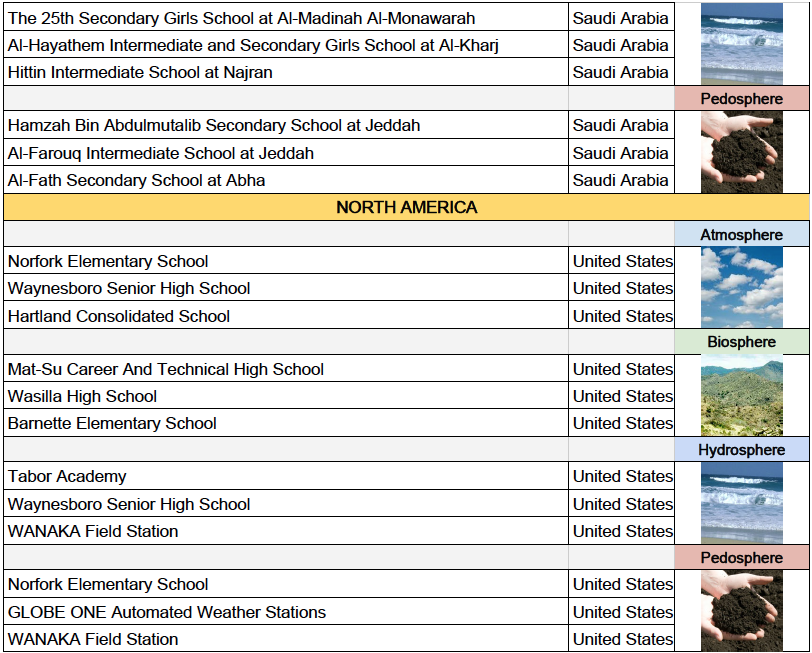 Your data counts! By entering your measurements into the GLOBE database
you contribute to vital research about the environment.