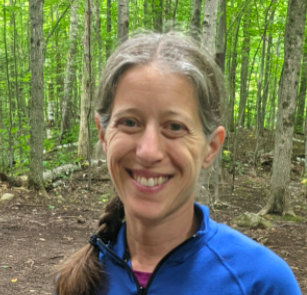 There was really a student who was endearingly confused by the word allometry until I wrote it on the white board during a pilot program in the spring of 2008. As the GLOBE Carbon Cycle team we loved the misunderstanding so much it became the official name of the learning activity. For those of you who don’t know me, I’m Sarah Sallade, project coordinator and an initial curriculum developer and trainer of the GLOBE Carbon Cycle project.

The GLOBE Carbon Cycle project was initially completed in 2012 by a scientist and educator team at the University of New Hampshire in collaboration with peers in the Czech Republic (at TEREZA Association and Charles University). Our goals were to create a more complete set of resources for teachers and students to understand the global carbon cycle with a focus on being able to assess carbon storage through direct measurements in their own environment. We wanted to anchor our program in the concepts of systems thinking as a way of understanding the world and made great efforts to produce student friendly computer models of both the carbon storage in local ecosystems and the global carbon cycle that students could connect to studies of climate change. Finally, with support from our Czech colleagues, we wanted to create a bridge between the global carbon cycle and more traditional studies of photosynthesis which many classrooms already explore. During the six year development of materials we worked with teachers and trainers around the world, gaining feedback and making adjustments to create a complete set of learning activities and protocols that flow together, and easily link to NGSS, current statewide curriculums, and other GLOBE investigations. From 2008-2012 we provided train-the-trainer workshops at Annual Meetings and GLEs and provided teacher workshops around the world upon request. Since then training has continued, being offered across the world by those who were originally trained. This year’s virtual annual meeting allowed for a fun new relaunch of the GLOBE Carbon Cycle materials from the GLOBE Program Office (see the recording of the 1 hour training here).

After the completion of the project I shifted from training to teaching and had the wonderful experience of sharing the GLOBE Carbon Cycle materials with both high school and middle school students. I used the basic systems thinking concepts as a starting framework in all my natural science classes and then incorporated different activities and protocols into courses where they fit. In a public high school I included Plant-a-Plant experiments and Introductory Carbon Cycle Activities into Biology, and Biomass Protocols and Modeling Activities into Environmental Science. In a Montessori Middle School, I taught spiraling integrated units, with colleagues, on Forests, Energy, Matter, Justice, Migration, Food, and Cities, in which each touched on an aspect of the GLOBE Carbon Cycle project. I hope you are as excited as I was to teach such an important concept and find that with your creativity and a little bravery that you can inspire your students to engage in carbon studies you may have never imagined.

Yours in citizen science. - Sarah