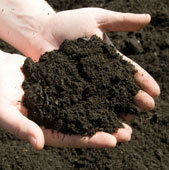 ​​​​​​​Data collection of soil temperature, moisture, and physical and chemical properties is invaluable to scientists in many fields: soil scientists use the data to better understand their potential for plant growth; hydrologists use the data to determine potential sedimentation in water bodies; meteorologists and climatologists use soil data in climate prediction models as soils can affect humidity and temperature; biologists use soil data to understand its potential for supporting plant and animal life; and anthropologists study the soil in order to reconstruct the human history of an area. Scientists on the SMAP satellite mission science team use surface soil moisture measurements to help calibrate and validate SMAP satellite data.

Students and scientists investigate soils through the collection of data using measurement protocols and using instruments that meet certain specifications in order to ensure that data are comparable. Learning activities aid in the understanding of important scientific concepts, the understanding of data, and data collection methodologies. The Investigation appendix contains data sheets for all land cover and biology protocols, a soil textural triangle and a glossary of terms. Additionally, data sheets (from the Appendix) and field guides (from the individual protocols) are available individually.

Join the Discussions in Soil (Pedosphere) and SMAP Discussion groups.