You do not have the roles required to access this portlet. 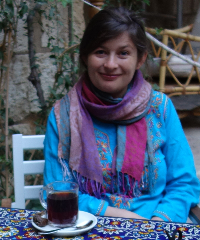 Bára Semeráková, modified 4 Years ago.
Jedi Knight Posts: 15 Join Date: 6/29/12 Recent Posts
0
What is going on in forests and parks across Europe? Read an update from Czech Republic written by a phenology scientist Lenka Hajkova:

The lovely month of May turns the woods, parks and grasslands into full green-up stage in northern hemisphere and therefore boosts the photosynthesis of the vegetation across Europe. The full green-up stage as described by a phenologist means that leaves of a tree reached their final size.

Look at the trees that we follow in Green Wave observations with www.growapp.today:

The hazel (Corylus avellana) showed full green-up already at the second half of April in lowlands of Czech Republic, which is 8 days earlier than average. In contrary, in some of the colder mountain regions, hazel took its time to grow the leaves, one could observe the full green-up only in the mid-May, more precisely 2 days later than average.

The beech (Fagus sylvatica) arrived to the stage of full green-up in mid-May as well. No matter if it was in the woods with mild climate (around the capital city of Prague) or in the mountain region of Jeseniky (northeast of the country), both the stations reported observation of full green-up on May 14th. At both places the stage arrived with a delay, while around Prague it was 9 days later than average, in the mentioned mountain region it was only 2 day later than average.

The birch woods (Betula pendula) were greening-up at the last third of April and in first third of May. Surprising fact is that the pattern of full green-up phase differs for birch in lowlands and in hilly areas of the country. The mentioned phase started in lowlands with a significant delay to what is “normal”, while in hilly regions the onset of full green-up started earlier than average date.

If you remember from last Lenka´s report, the Oaks (Quercus robur) were slow in starting greening-up comparing to other tree species. That is why the full green-up stage was observed only in the areas with the mildest climate, especially in the lowlands of south-east of Czech Republic (Lednice - May 9th).

Take photos of your tree with GrowApp and answer following questions: