You do not have the roles required to access this portlet.

Analyzing the changing greenness of birch trees in Europe 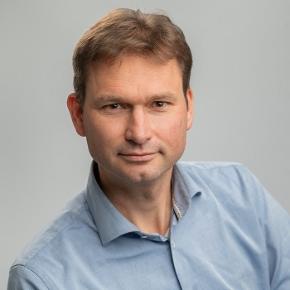 Arnold van Vliet, modified 3 Years ago.
Padawan Posts: 13 Join Date: 1/17/14 Recent Posts
0
In the past months, since the launch of the GrowApp, thousands of photos have been uploaded (www.growapp.today). More and more beautiful time-lapse videos are appearing and showing the spectacular seasonal changes of plants/trees. Next to the ecological and aesthetic value of these changes we use these time-lapse videos to extract information on changes in greenness from different locations during the year(s). Below I have included a graph that shows the change in greenness values for a number of birch trees from different locations in Europe. Below the time-lapse videos that I included in this post, I have added a graph that shows the greenness values that I extracted with the free software Analysing Digital Images (ADI). See point 5.3 on this page for instructions. 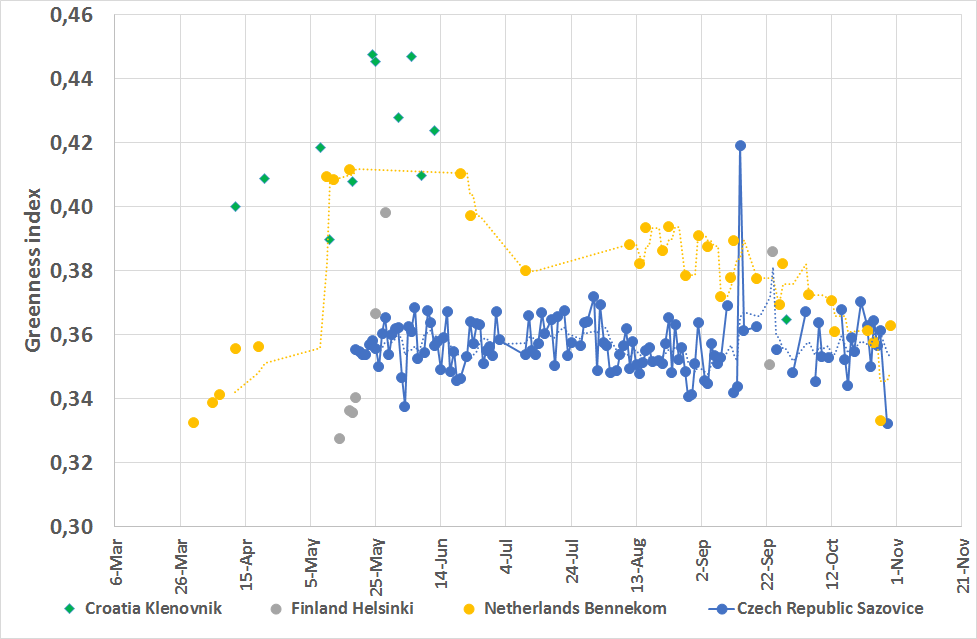 Change of greenness values of four different birch trees in four different European countries based on time-lapse videos made with the GrowApp in the growing season of 2017.

Czech Republic
The, by far, most intense series of a birch I found so far is made by the Manesova Otrokovice school (#birch #GLOBE #EPS #ManesovaOtrokovice #PavelBroza) in Sazovice located in the Czech Republic. Since the start of the series on 19 May 2017 over 100 photos have been added to the time-lapse video. Almost one every day. The greenness values so far do not show a clear seasonal signal (blue dots in graph). The series started when the tree was already completely green and only now the autumn colouring is taking place. The observation on 14 September clearly seems to be an outlier.

The Netherlands
The time-lapse video below is made by myself. The birch is located next to my cycling route between work and home in Bennekom. I made the first photo on 30 March 2017, just before the start of leaf unfolding that started on 7 April 2017. A nice series is developing (yellow dots in graph at top of page). A clear seasonal signal is becoming visible in the greenness values.

Finland
The birch in Helsinki (#koivu #sirkkakoivu) only starts to unfold its leafs on 17 May 2017, one and a half month later than the birch tree in the Netherlands. After the 28 May the series stopped and a new photo was added on 23 September.

Croatia
The time-lapse video below is from a small birch tree in Klenovnik, Croatia (#breza, #klenovnik). The first photo is taken on 12 April 2017. Then the first leafs were already on the tree. Several photos have been taken till half June and then one again one at 28 September and one on 12 October when almost all the leafs where from the tree.

To all GrowApp users: thank you for all your beautiful photos and time-lapse videos. Keep up the good and valuable work. It is great working together on visualizing seasonal changes on the European scale.

Tekst: Arnold van Vliet, Environmental Systems Analysis Group, Wageningen University
phenology growapp seasonal changes autumn colouring
Faida Taha, modified 3 Years ago.
Youngling Posts: 2 Join Date: 9/26/17 Recent Posts
0
Hi everybody, It's Al-Gazali school from Israel. We hope that we will have effecient and fruitful work together this year and maybe next years together.
We are looking for a partner who is checking and searching water uality. our school's position is very special because it's right next to a well spring which provides water to most the areas around our town.  Also, we are looking for a partner who is searching the growing process of Fig Trees. Waiting for your response impatiently.