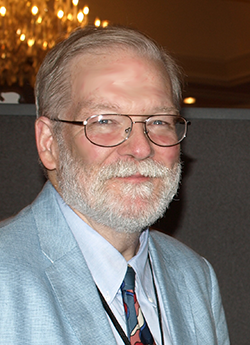 Dr. Dixon Butler, former GLOBE Director (2001-2003), will be receiving The Cleveland Abbe Award for Distinguished Service to Atmospheric Sciences at the 95th Annual Meeting of the American Meteorological Society (AMS) in Phoenix, Arizona, on 7 January 2015.

The award honors Dr. Butler's "visionary, dedicated leadership in Earth observation, science, education, and federal management of science which has had lasting impact on the development of Earth System Science."

The objective of the AMS is to advance the atmospheric and related sciences, technologies, applications, and services for the benefit of society. The AMS invites members to submit nominations for AMS awards, and a committee then selects nominees.

Having earned multiple degrees in physics and chemistry at Harvard University and having received his doctorate in space physics and astronomy from Rice University, Dr. Butler began his exemplary career in science at the NASA Goddard Space Flight Center in 1976. In the early 1980s, Dr. Butler led the international group planning the mission that came to be known as the Earth Observing System (EOS).

From 1996 to 2003, Dr. Butler worked with the GLOBE Program as Chief Scientist and GLOBE Director. In this capacity, as well as in his current role as special assistant to Program sponsor (Dr. Ming-Ying Wei of NASA), Butler has served GLOBE for almost two decades.

"I believe in the Program and always am looking to improve it and see its participation and effectiveness expand. GLOBE is compelling as an idea and its realization. For most who have been actively involved, it never lets you go," Dr. Butler said.